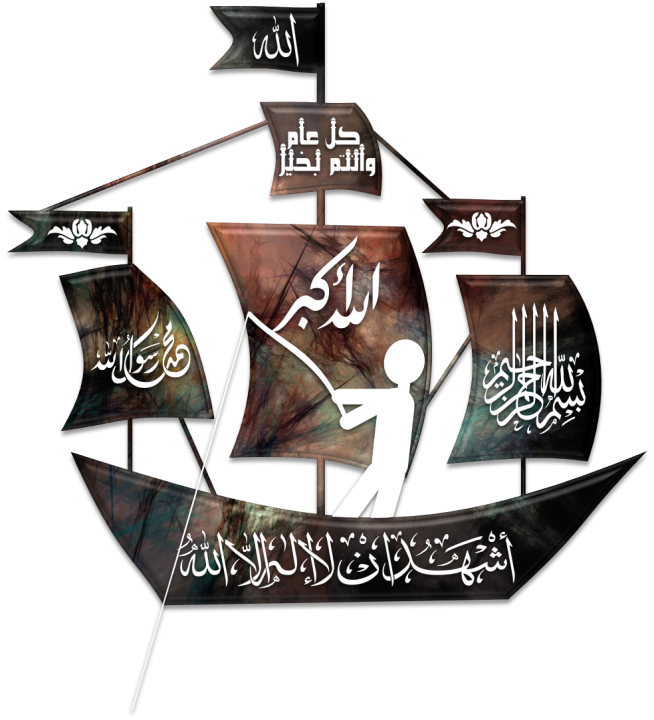 Zikr (pl: Azkaar)
Allahu Akbar Art
In the name of Allah most Gracious most Merciful.

(Allah is Greatest)
“There is a Sadaqa in every Takbir (Allahu Akbar).” Sahih Muslim.

(Praise be to Allah)
“Verily the best supplication is Alhamdulilah.” Sahih Muslim;

SubhanAllah (Tasbih)
(Glory be to Allah)
“Whoever recites SubhanAllah one Hundred times, a thousand good deeds are recorded for him or a thousand bad deeds are wiped away.” Sahih Muslim; #4:2073.

La ilaha illAllah (Kalimah)
(There is no god but Allah)
Abu Huraira (ra) reported that the Prophet (pbuh) said: “When a servant of Allah utters the words La ilaha illAllah sincerely, the doors of heaven open up for these words until they reach the Throne of Allah, so long as its utterer keeps away from the major sins.” at-Tirmidhi.

SubhanAllah wal hamdu lillah wa la ilaha illAllahu waAllahu Akbar
(Glory be to Allah, Praise be to Allah, There is no god but Allah, and Allah is the Greatest)
Abu Hurairah (ra) reported: The Messenger of Allah (pbuh) said, “The uttering of the words Subhan-Allah , Al-hamdu lillah , La ilaha illallah and Allahu Akbar is dearer to me than anything over which the sun rises (the world).” Muslim.
Abu Hurairah (ra) reported: The Messenger of Allah (pbuh) said, “He who recites after every prayer: Subhan Allah  33 times; Alhamdu lillah  33 times; Allahu Akbar 33 times; and completes the hundred with: La ilaha illallahu, wahdahu la sharika lahu, lahul-mulku wa lahul-hamdu, wa Huwa ‘ala kulli shai’in Qadir, will have all his sins pardoned even if they may be as large as the foam on the surface of the sea.” Muslim.

“Abu Dharr reported that the Prophet (pbuh) said, “Shall I tell you the words that Allah loves the most?” I said: “Yes, tell me, O Messenger of Allah.” He said: “The words dearest to Allah are: SubhanAllahi wa bihamdihi.” Muslim and at-Tirmidhi.

SubhanAllahi wa bihamdihi SubhanAllahil Azeem
(Glory be to Allah and Praise be to Him, Glory be to Allah, the Supreme)
“Prophet Muhammad (pbuh) said: “Two words are light on the tongue, weigh heavily in the balance, they are loved by the Most Merciful One.” Sahih al-Bukhari;  Sahih Muslim,

(There is no Might or Power except with Allah)
“This Zikr is a treasure from the treasures of Paradise.” Sahih al-Bukhari; al-Fath al-Bari , Sahih Muslim.

(There is no god except Allah, He is One and He has no partner with Him; His is the sovereignty and His is the praise, and He is Omnipotent)
Abu Hurairah (ra) reported: The Messenger of Allah (pbuh) said, “He who utters a hundred times in a day these words: `La ilaha illallahu, wahdahu la sharika lahu, lahul-mulku wa lahul-hamdu, wa Huwa `ala kulli sha’in Qadir,’ he will have a reward equivalent to that for emancipating ten slaves, a hundred good deeds will be recorded to his credit, hundred of his sins will be blotted out from his scroll, and he will be safeguarded against the devil on that day till the evening; and no one will exceed him in doing more excellent good deeds except someone who has recited these words more often than him.” Al-Bukhari and Muslim. 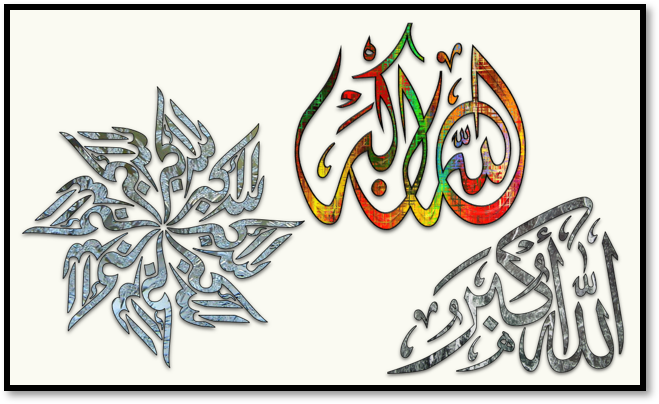 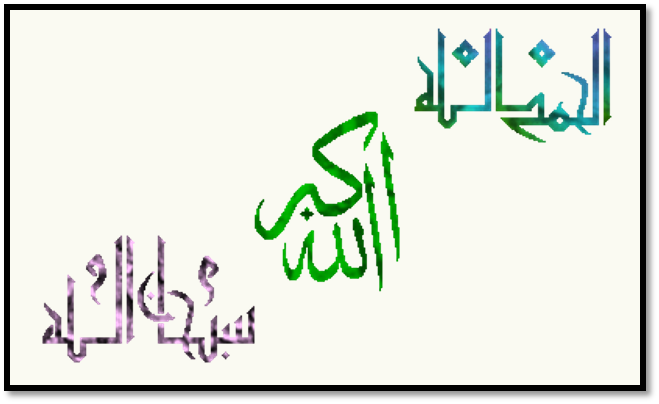