“Verily We have propounded for men, in this Qur’an, every kind of Parable: but if you bring to them any Sign, the unbelievers are sure to say: You do nothing but talk vanities.” (Al-Rum; 58)

Things of the highest moment have been explained in the Quran from various points of view, by means of parables and similitudes drawn from nature and from our ordinary daily life. But whatever the explanation, however convincing it may be to men who earnestly seek after Truth, those who deliberately turn their backs to Truth can find nothing convincing. In their eyes the explanations are mere “vain talk” or false arguments.

“Thus does Allah seal up the hearts of those who understand not.” (Al-Rum; 59) When an attitude of obstinate resistance to Truth is adopted, the natural consequence (by Allah’s Law) is that the heart and mind get more and more hardened with every act of deliberate rejection. It becomes more and more impervious to the reception of Truth, just as a sealed envelope is unable to receive any further letter or message after it is sealed.

Islam, or submitting our will to Allah’s Will, includes all the virtues. A number of Muslim virtues are specified here, but the chief stress is laid on the fact that there virtues are as necessary to women as to men. Both sexes have spiritual as well as human rights and duties in an equal degree, and the future “reward” of the hereafter, viz, Spiritual Bliss, is provided for the one as for the other. The virtues referred to are: (1) Faith, hope, and trust in Allah, and in his benevolent government of the world; (2) devotion and service in practical life; (3) love and practice of truth, in thought and intention, word and deed; (4) patience and constancy, in suffering and in right endeavor; (5) humility, the avoidance of an attitude of arrogance and superiority; (6) charity, i.e, help to the poor and unfortunate ones in life, a special virtue arising out of the general duty of service; (7) self-denial, typically in food but generally in all appetites; (8) chastity, purity in sex life, purity in motive, thought, word, and deed; and (9) constant attention to Allah’s message, and cultivation of the desire to get nearer to Allah.

We must not put our own wisdom in competition with Allah’s wisdom. Allah’s decree is often known to us by the logic of facts. We must accept it logically, and do the best we can to help in our own way to carry it out. We must make our will consonant to Allah’s Will. We acknowledge that Allah is our Creator, Cherisher, and Sustainer: Therefore we acknowledge our duty to Him. When we so testify concerning ourselves, the obligation is, as it were, assumed by us; for it follows from our very nature when it is pure and uncorrupted. The latent faculties in man are enough to teach him the distinction between Good and Evil, to warn him of the dangers that beset his life. But to awaken and stimulate them, a personal appeal is made to each individual through the “still small voice” within him. This, in its uncorrupted state, acknowledges the truth and, as it were, swears its covenant with Allah. There is therefore, no excuse for any individual to say either (1) that he was unmindful, or (2) that he should not be punished for the sins of his fathers, because his punishment (if any) comes from his personal responsibility and is for his own rejection of faith and the higher spiritual influences.

We live in a world that demands proof and is not content with belief. The proof however, is only for the satisfaction of the believer, and belief comes from within our hearts. Even the greatest of proofs will not satisfy the non-believer, while the slightest evidence can be a great source of satisfaction for the believer. It is worth noting that Day of Judgment is a universal event that will happen on every planet in the universe. It is very near to every one of us as there is no perception of passage of time after death. “The agony of death comes in truth; this is what you wished to escape!” (Surah Qaf: Ayat 19) What is stupor or unconsciousness to this probationary life will be the opening of the eyes to the spiritual world: for Death is the Gateway between the two. Once through that Gateway man will realize how the things which he neglected or looked upon as remote are the intimate Realities, and the things which seemed to loom large in his eyes in this world where shadows that have fled. The things we wanted to avoid are the things that have really come to pass. Both Good and Evil will realize the Truth now in its intensity.

Allah (swt) addresses the believers in Surah Al-Anfal; Ayat 27-28: “O you who believe! Betray not the trust of God and the Apostle, nor misappropriate knowingly things entrusted to you. And know ye that your possessions and your progeny are but a trial; and that it is God with whom lies your highest reward.”

Allah has promised to give paradise in reward to those who do good deeds for His sake. But man is misguided by the Satan and worldly lusts which cause him to do bad deeds that lead to Hell. He who undergoes hardships in the cause of Allah; these hardships will lead him to the eternal abode of pleasures.

Be assured that Allah does exist and He is very close to you. He sees and knows that you do, and hears every word you utter. And be assured that everyone, including me, will soon give account to Him. “Yea, to Allah belongs the dominion of the heavens and the earth; and to Allah is the final goal.” (Surah: Al-Nur; Ayat 42) From Him we are; to Him we belong; and to Him we shall return. Let us prepare for our final Journey! 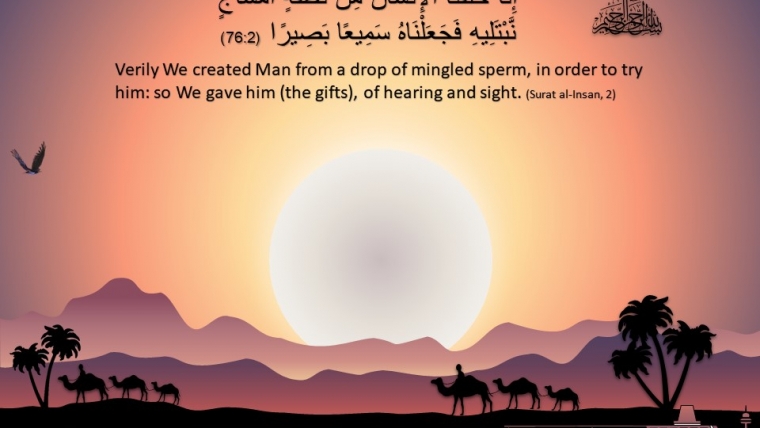 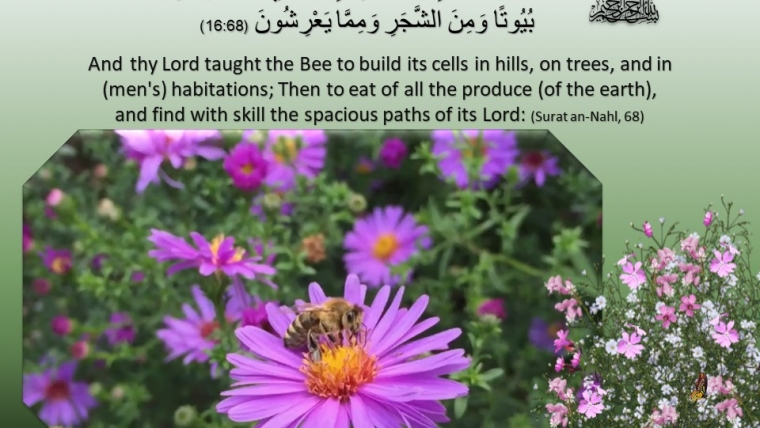