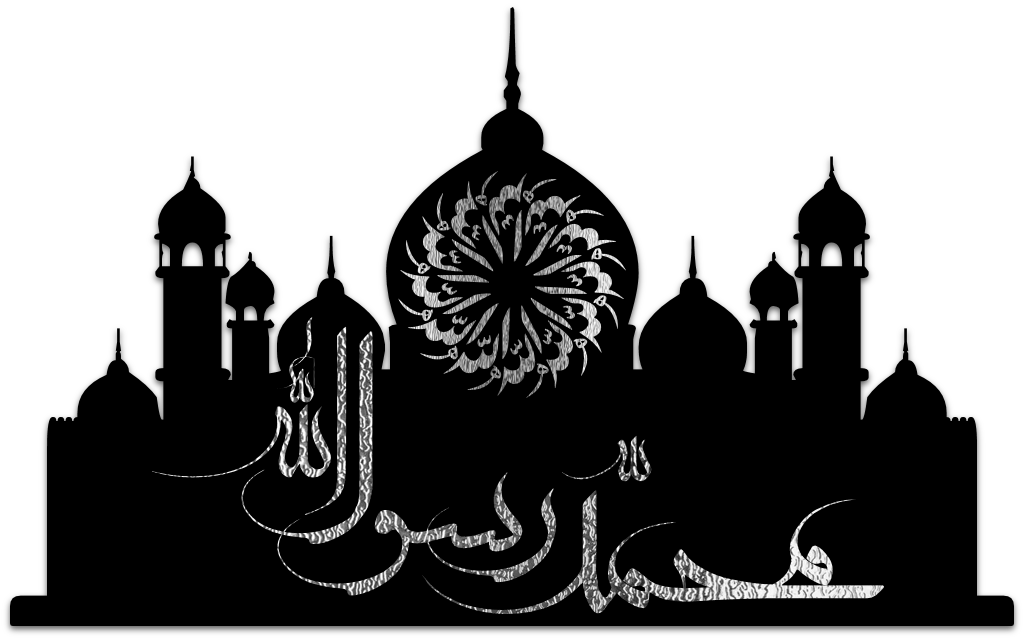 The Meaning of Islam

The word Islam is derived from the Arabic root “SLM” which means, among other things, peace, purity, submission and obedience. In the religious sense the word Islam means submission to the Will of God and obedience to His Law. The connection between the original and the religious meanings of the word is strong and obvious. Only through submission to the Will of God and by obedience to His Law can one achieve true peace and enjoy lasting purity.

Every religion of the world has been named either after its founder or after the community or nation in which it was born. For instance, Christianity takes its name from its prophet Jesus Christ; Buddhism from its founder, and Judaism, the religion of the Jews, from the name of the tribe Judah (of the country of Judae) where it originated. The same is true of all other religions except Islam, which enjoys the unique distinction of having no such association with any particular person or people or country. Nor is it the product of any human mind. It is a universal religion and its objective is to create and cultivate in man the quality and attitude of Islam.

Islam, in fact, is an attributive title. Anyone who possess this attribute, whatever race, community, country or group he belongs to, is a Muslim. According to the Qur’an, among every people and in all ages there have been good and righteous people who possessed this attribute – and all of them were and are Muslims.

The Misconception about Islam

Some outsiders call our religion “Mohammedanism” and address the believers in Islam as “Mohammedans”. Muslims both protest and reject the use of these words. If our faith is classified as Mohammedanism and if we are called Mohammedans, there will be seriously wrong implications. This misnomer implies that the religion takes its name after a mortal being, namely, Muhammad and that Islam is no more than another ‘ism” just like Judaism, Hinduism. Marxism, etc. Another misconception that may arise from outsiders is that they might think of the Muslims, whom they call Mohammedans, as worshippers of Muhammad or as believers in him in the same way as Christians, for example, believe in Jesus. A further misconception is that the word Mohammedanism may mislead the outsider and make him think that the religion was founded by Muhammad and therefore takes its name after the founder. All these implications are seriously wrong or at best misleading. Islam is not just another ‘ism’ nor do Muslims worship Muhammad or look upon him the same way as Christians, Jews, Hindus, Marxists, etc., look upon their respective leaders. The Muslims worship God alone. Muhammad was only a mortal being commissioned by God to teach the word of God and lead an exemplary life. He stands in history as the best model for man in piety and perfection. He is a living proof of what man can be and of what he can accomplish in the realm of excellence and virtue. Moreover, the Muslims do not believe that Islam was founded by Muhammad, although it was restored by him in the last stage of religious evolution. The original founder of Islam is no other than God Himself, and the date of the founding of Islam goes back to the age of Adam. Islam has existed in one form or another all along from the beginning and will continue to exist till the end of time.

All those who follow Islam are Muslims. Contrary to popular misconceptions, Islam or submission to the Will of God, together with obedience to His Law, does not mean in any way loss of individual freedom or surrender to fatalism. Anyone who thinks or believes so has certainly failed to understand the true meaning of Islam and the concept of God in Islam. The concept of God in Islam describes Him as the Most Merciful and Gracious, and the Most Loving and most concerned with the well-being of man, and as Full of Wisdom and care for His Creatures. His Will, accordingly, is a Will of Benevolence and Goodness, and whatever Law He prescribes must be in the best interest of mankind.

The Blessings of being a Muslim

When the Civilized people abide by the laws of their countries, they are considered sound citizens and honest members of their respective societies. No responsible person would say that such people lose their freedom by their obedience to the Law. No rational being would think or believe for a moment that such law-abiding people are fatalists and helpless. Similarly, the person who submits to the Will of God, which is a good Will, and obeys the Law of God, which is the best Law, is a sound and honest person.. He is gaining protection of his own right& showing genuine respect for the rights of others, and enjoying a high degree of responsible, creative freedom. Submission to the good Will of God, therefore, does not take away or curtail individual freedom. On the contrary, it gives freedom of a high degree in abundant measures. It frees the mind from superstitions and fills it with truth. It frees the soul from sin and wrong and quickens it with goodness and purity. It frees the self from vanity and greed, from envy and tension, from fear and insecurity. It frees man from subjugation to false deities and low desires, and unfolds before him the beautiful horizons of goodness and excellence.

The Nature of Disbelief

A man who, although a born Muslim and unconsciously remaining one throughout his life, does not exercise his faculties of reason, intellect and intuition to recognize his Lord and Creator and misuses his freedom of choice by choosing to deny Him. Such a man becomes an unbeliever-in the language of Islam a Kafir. Kufr literally means ‘to cover’ or ‘to conceal’. Kufr is ignorance. Not only that; kufr is a tyranny, the worst of all tyrannies. Tyranny is an unjust use of force or power. Kufr leads to the blind alleys of utter failure, both here and hereafter.

The Concept of Faith (Iman) 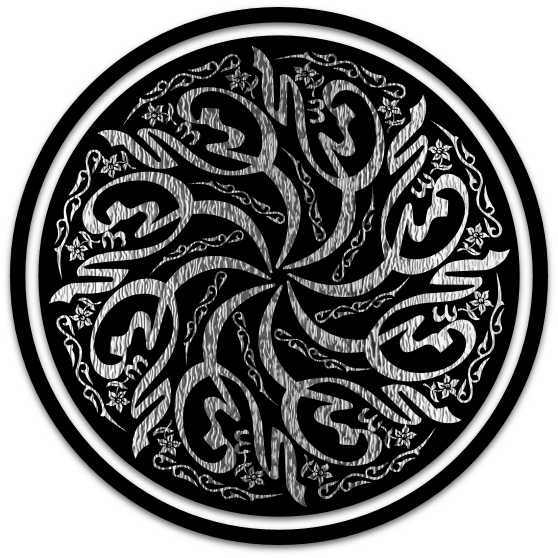 The Arabic word ‘Iman’, which we have rendered in English as faith, literally means ‘to know’, ‘to believe’ and ‘to be convinced beyond the least shadow of doubt’. Faith, thus is firm belief arising out of knowledge and conviction. And the man who knows and reposes unshakable belief in the Unity of God, in His Attributes, in His Law and the Revealed Guidance, and in the Divine Code of Reward and Punishment is called ‘Mu’min’ (faithful).

Some people may think that man becomes a Muslim when he confesses belief in the Oneness of the True God and Muhammad as His Last Messenger. But this is far from the full meaning of Faith. The full meaning of Faith in Islam is not, by any means, something nominal or mere formality. Faith in Islam is a state of happiness acquired by virtue of position action and constructive conceptions as well as dynamic and effective measures. The Holy Qur’an and the Traditions of Muhammad define these required measures and establish the standards which build up a meaningful Faith. Thus, the true believers are:

1. Those who believe in God, His angels, His Books as completed by the Qu’ran, His messengers with Muhammad being the Last of them all, the Day of Final Judgment, the absolute knowledge and wisdom of God.

2. Those who trust God always and enjoy unshakable confidence in Him.

3. Those who spend in the way od God of what He has given them in the form of wealth, life, health, knowledge, experience, and so on.

4. Those who observe their daily prayers regularly as well as the weekly and annual congregations.

5. Those who pay their religious taxes (alms or Zakah) to the rightful beneficiaries (individuals or institutions), the minimum of which is two and a half percent of the annual ‘net’ income, or of the total value of stocks if in business-after discounting all expenses and credits.

6. Those who enjoin the right and good and combat the wrong and evil by all lawful means at their disposal.

7. Those who obey God and His Messenger Muhammad; and feel increasing strength of faith when the Qur’an is recited, and humility of heart when God’s name is mentioned.

8. Those who love God and His Messenger most, and love their fellow men sincerely for the sake of God alone.

9. Those who love their near and distant neighbors and show genuine kindness to their guests, especially the strangers.

10. Those who say the truth and engage in good talk, or else abstain.

It is clear that the very meaning of Faith makes Islam penetrate deeply and constructively into every aspect of Life. According to Islam, true Faith has a decisive effect on the spiritual and material lot of man, and also on his personal and social behavior as well as his politics conduct and financial life. To show how the Qur’an describes the true believers, here is an example. The Qur’an contains numerous references like these:

“They only are the true believers whose hearts feel submissive (and humble) when God is mentioned; and when the revelations of God are recited unto them, they (the revelations) increase and strengthen their Faith; and who trust in their Lord, establish the prayer (as enjoined on them) and spend of what We have bestowed on them (in the cause of God). Those are they who are in truth believers. For them are (high) grades (of honor) with their Lord, and a bountiful provision.” (Qur’an, 8:2-4)

Ref: The WAMY series on Islam. 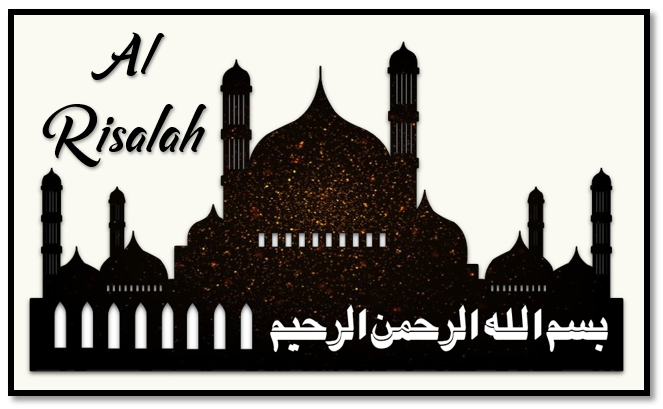 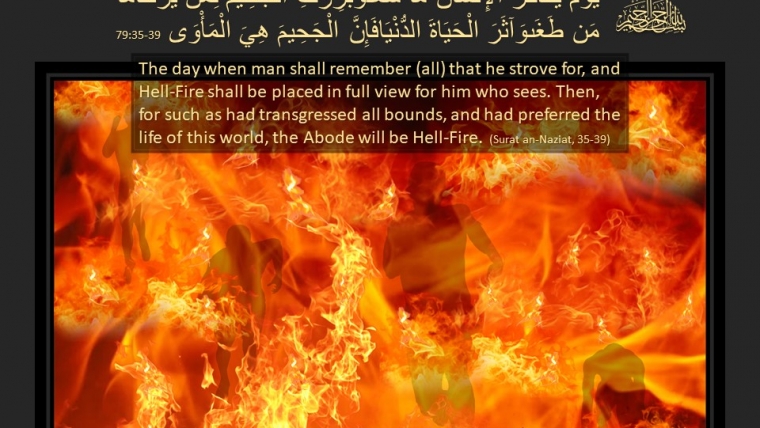