Have they not observed the birds [how they are] made subservient, disposed to [be able to] fly, in the air of heaven?, that is, in the air between the heaven and the earth. Nothing holds them, when they draw in their wings or open them, lest they fall, except God, by His power. Indeed in that there are signs for a people who believe, [the signs] which are that they have been created in a way that enables them to fly, as well as the creation of the air in such a way that it allows for flight, and the holding of them [up in the air so that they do not fall].

The flight of birds is one of the most beautiful and wonderful things in nature. The make and arrangement of their feathers and bones, and their stream-line shapes, from beak to tail, are instances of purposive adaptation. They soar with outstretched wings; they dart about with folded wings; their motions upwards and downwards, as well as their stabilization in the air, and when they rest on their feet, have given many ideas to man in the science and art of aeronautics. But who taught or gave to birds this wonderful adaptation? None but Allah, Whose infinite Mercy provides for every creature just those conditions which are best adapted for its life. 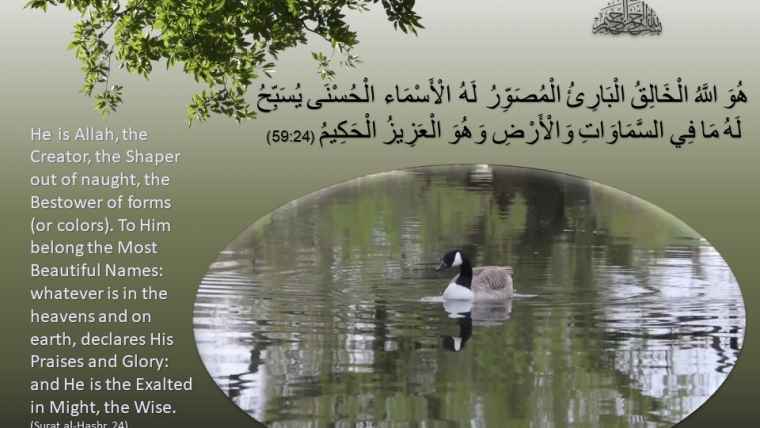