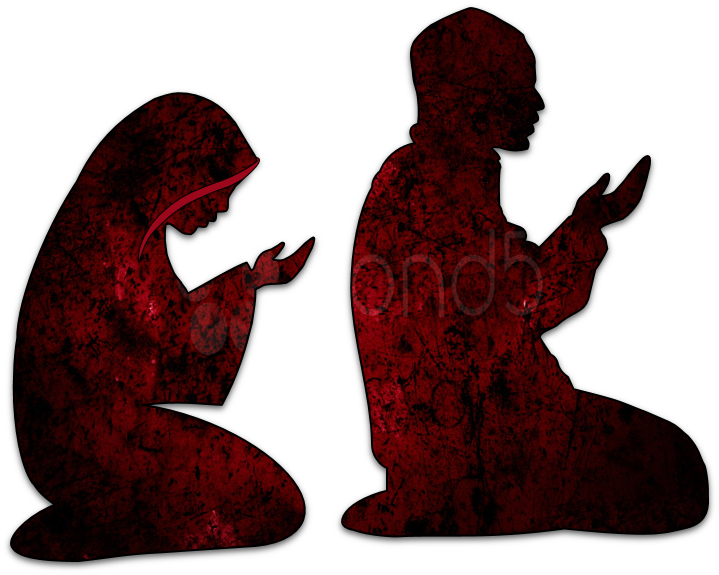 Make Du’aa when the Iqamah is pronounced. (second call to Salah, given immediately before the prayer begins)

Narrated Jabir (ra) that the Prophet (pbuh) said: “When the Iqamah is pronounced, the gates of the heavens are opened and the Dua’a (invocation) is granted.” Ahmad and authenticated by al-Albani in Sahih at-Targhib wat-Tarhib

Before one stands up for the Prayer, one has to satisfy one-self that each of the pre-requisites of the prayer has been attended to and fulfilled. Then one should turn one’s whole attention towards Allah with the feeling that one is standing in His presence and recite the following:
“Inni Wajjahtu wajhiya lillazi fatar-as-samawati wal arda hanifam wama ana min-al-mushrikin.” (I have turned my face sincerely towards Him Who created the heavens and the earth, and I am not of those who commit shirk.) Then one should express intention, preferably in the mind, saying which particular Prayer is one going to offer, with how many rakahs. There is no harm if the intention is expressed in words as well.

Takbir Tahrimah:
While standing up for the Prayer one should stand in a natural posture and eyes should be looking at the place where the forehead would rest in Sajdah. Soon after expressing intention the hands should be raised with Takbir (Allah-o-Akbar) to the ears, keeping the palms facing the Qiblah and fingers naturally apart and straight. Then the hands should be placed under the navel with the palm of the right hand over the back of the left hand.This is called the Waquf position. (The women have to raise the hands up to the shoulder level only and then place them on the breast, right hand over the back of the left hand.)

Sana (Invocation):
“Subhanak-Allahumma wa bi-hamdica wa tabarakasmuka wa ta’lla jadduka wa la-Ilaha ghairuk”. (Glory be to Thee, O Allah, and I praise Thee. Blessed is Thy name and Thou art exalted. There is no god other than Thee.)

Ta’awwuz and Tasmiyah:
Then recite: “Auzu billahi min-ash-shaitan-ir-rajim” (I seek Allah’s protection from Satan, the accursed) and after it: “Bismillah-ir Rahman-ir Rahim” (In the name of Allah, Who is most Kind and most Merciful)

Al-Fatihah:
Then Al-Fatihah is recited which is to be followed by a Surah or a passage containing at least three short verses. 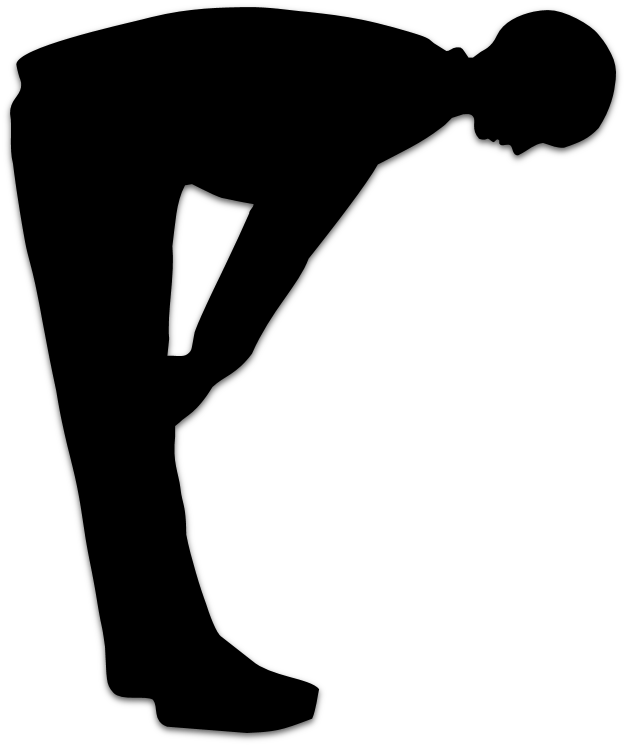 Ruku:
Then saying Takbir, bend down in Ruku. In this posture one has to grip the knees, and recite the following Tasbih at least thrice: “Subhana Rabbi-yal-Azim” (Glorified is my Lord, the Great) (The women do not have to grip the knee.)

Qaumah:
Then saying: “Sami-Allahu liman hamidah” (Allah listens to him who praises Him) one should resume the upright standing posture, called Qaumah, and leaving the hands hanging by the sides, say: “Rabbana lakal hamd”(Our Lord! Praise is only for Thee) 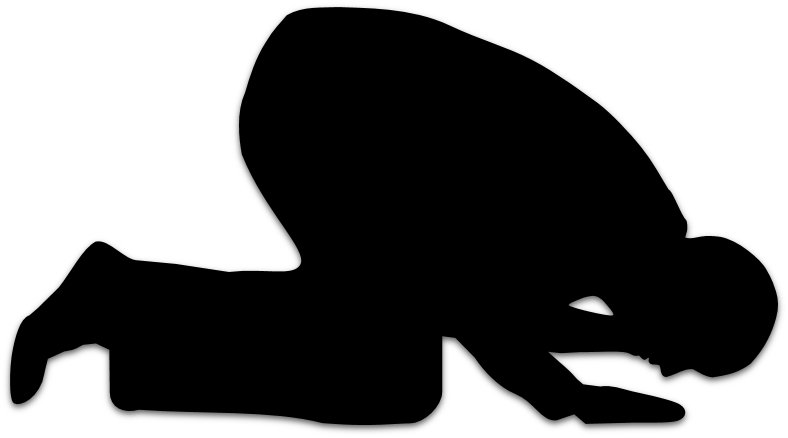 Sajdah:
Then saying Takbir, fall prostrate on the ground, in Sajdah, in a manner that the knees should touch the ground first, thenthe hands, then the nose and last of all the forehead; the face should lie between the palms, the thumbs in line with theear-lobes, the wrists and elbows raised from the ground, the elbows clear of the ribs and the belly clear of the thighs, leaving an open space below, and the toes in contact with the ground and pointing to the Qiblah. One has to recite the following Tasbih at least thrice during Sajdah. “Subhana Rabbiyal A’ala” (Glorified is my Lord, the Exalted.) (The women have to keep the belly in contact with the thighs and the elbows in contact with the belly and fully resting on the ground.) 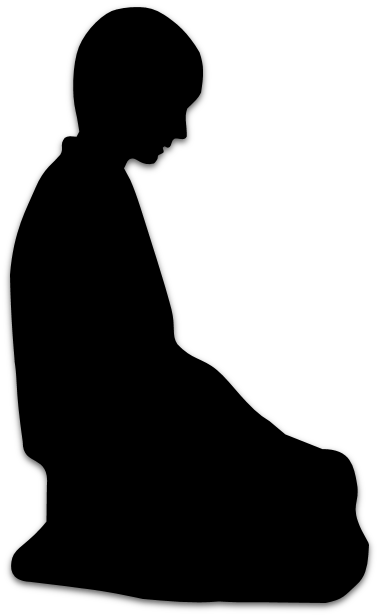 Jalsah:
Assume with Takbir the upright sitting position, lifting the forehead first and then the hands, in a manner that the right foot is kept upright as usual and the left foot is placed flat on the ground for the buttocks to rest on; the hands are placed on the thighs with the fingers reaching the knees. Then with Takbir, go down for the second Sajdah and observe it with the usual Tasbih. Then stand up with Takbir for the second rakah and complete it . (The feet of women have to be turned to the right and buttocks placed on the ground in such a manner that the right thigh rests against the left thigh and the right shin against the left shin.)

Qadah:
After completing the second rakah with two Sajdahs, assume the sitting position as described under Jalsa and recite Tashahhud. While reciting La-Ilaha, one should make a ring with the thumb and the middle finger of the right hand, and keeping the other fingers closed, raise the forefinger to point up to the sky, and drop it at ill-Allah, and keep the fingers in the same position up till the end of the prayer. If the prayer one is offering consists of three or four rakahs one has to stand up with Takbir for the third rakah and complete it, and the fourth rakah, as the case may be, with Al-Fatihah (without the additional passage) if it is the Fard Prayer. Then after the second Sajdah of the third or fourth rakah, as the case may be, one has again to assume the sitting position and recite Tashahhud to be followed by Salat/Durood (Allah’s blessings for the Holy Prophet) and Du’aa (Invocation).

Salam:
Finish the prayer with Salutation: “As salamu alaikum wa rahmat-ullah”. (Peace be on you and Allah’s mercy) turning the face first to the right and then to the left, over the shoulders. While doing so one should bear in mind that the salutation for peace and mercy is meant for all those with whom one is praying and for the angels.

Supplication:
After the prayer is over, one may make extra supplications to Allah according to one’s private lawful wishes and needs.

“Surely I am Allah: there is no god besides Me: so worship Me
alone: and establish Salat for My remembrance.” (Quran: 20:14)

The Witr Prayer (Wajib):
It is offered after the Isha Prayer, and is called Witr because of its three, an odd number of rakahs. One has to observe the first two rakahs like a Fard prayer; in the third rakah, after reciting Al-Fatiha and an additional Surah or passage, one has to raise the hands with Takbir to the ears in the usual way and then placing the hands under the navel, one has to recite the Qunut and should complete the last rakah. Then one should sit finally for Tashahhud, Salat and the Invocation, and finish the prayer with Salutation in the usual way. The Prophet (pbuh) used to recite Surah Al-A’la, Al-Kafirun and Al-Ikhlas respectively in the three rakahs, and one may do well to follow this Sunnah.

The Tahajjud Prayer (Sunnah):
2-4 rakats are performed at about midnight. The prophet (pbuh) used to perform two rakahs at a time, with one salutation. A Tahajjud supplication is made after the prayer is completed and is followed by personal duaa. The prophet (pbuh) said: ” The best prayer after the Fard Prayer is Tahajjud offered at night”. (Muslim, Ahmed)

The Istikharah Prayer:
It is performed for Divine help and guidance. One has to offer two rakahs, avoiding the forbidden times, just like any Nafl prayer. After glorifying Allah, invoking His blessings on the Holy Prophet, one should recite the Istikharah supplication as taught by the Holy Prophet, and at the end go to sleep with the face turned towards the Qiblah.

The Hajat Prayer:
It is performed when a person stands in dire need of something. whether it is relating to Allah’s help, or any other need. One should observe two rakahs, avoiding the forbidden times, just like any Nafl prayer. After glorifying Allah, invoking His blessings on the Holy Prophet, one should recite the Hajat supplication and add one’s specific need before Allah with devotion.

“Verily Salaat prevents one from shameful and forbidden things;
and the remembrance of Allah is greatest” (Quran: 29:45)

Salah and its Virtues

Salah is the second important pillar of Islam. It stands for ‘attending to Allah’, praying to Him, seeking nearness to Him or invoking Him. Prophet Muhammad (pbuh) has said, “Man is nearest to Allah when he has prostrated himself before Him.” He also said, “When one of you is observing the salah, he is in fact invoking Allah.”

As soon as a person has affirmed belief in Islam, the first duty he is required to observe is to perform Salah five times a day. The Quran has emphasized it as a basic Islamic practice. Allah declares in the Holy Quran (Sura Taha): “Surely I am Allah: there is no god besides Me: so worship me alone: and establish Salat for My rememberance.”

Salah is the sign and symbol of Islam. It brings comfort to the heart. It is a source of peace and strength It is a strong and unbreakable rope, stretched out between Allah and the Believer. It is the comfort of his soul. It is a remedy for his ills – a remedy that never fails.

Salah is the (hall mark) that is an indication of good quality of a Muslim. It is an act full of virtues. When a Muslim sincerely performs Salah, Allah forgives his sins on account of it. Prophet Muhammad (pbuh) said, “When a Muslim performs Salah with attention and devotion, he sheds his sins just as the trees shed their leaves in autumn.”

Salah is the shelter of a Believer. He who performs salah regularly and at its proper time remains in the shelter of Allah. Allah loves him as it is the best thing in His sight.

Salah is a key to heaven. The prayer of the person who observes it regularly will serve him as a light on the Day of Judgement. It will be a means of his salvation, and a proof of his faith.

Salah is the only distinction between the believer and the unbeliever. The one who does not recognise the obligatory status of the Prayer cannot be a Muslim at all. Salah enables man to hate all kinds of evil and indecency. It makes him intensely eager and keen to adopt good ways in life and attain higher degrees of excellence and righteousness.