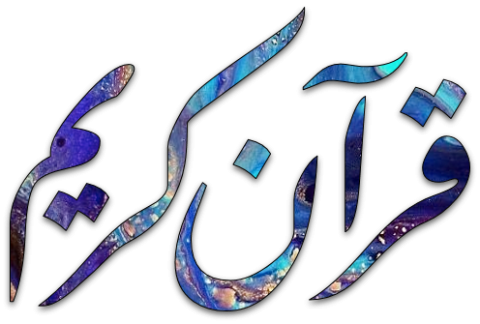 “This is the Book; In it is guidance sure, without
doubt, To those who fear Allah” (2:2)

The word “Quran” literally means ”The Book being read repeatedly”.

The revelation of the Quran started through Wahi (inspiration) from Allah (swt).

The first revelation came to the Prophet (pbuh) in Ghare Hera (cave Hera).

Cave Hera is in Jabl-e-Noor (Noor Mountain) on the road to Mina about 3 miles to the East of Holy Macca.

The Prophet was about 40 years old when Angel Jibrail brought the first revelation from Allah (swt).

The subject of the Quran is ”Man” (the one created in the best of form) and his ultimate goal in life.

The theme of the Quran consists broadly of three fundamental beliefs. They are: 1. Tawhid – Allah and predestination 2. Risalah – Angels of Allah, Books of Allah and Messengers of Allah 3. Akhirah – Life after Death and the Day of Judgement

The language of the Quran is pure and clear Arabic.

The Quran is divided into 30 parts (Parahs in Urdu or Juz in Arabic).

There are 114 chapters (Surahs) in the Quran.

There are 540 paragraphs (Rukoos) in the Quran.

The first revealed verses of the Quran are the first 5 verses (Ayats) of Surah Al Alaq.

The last verse was revealed shortly before the Prophets (pbuh) death. It is the third verse of Surah Al Maidah.

The period of revelation of the Quran is 22 years, 5 months and 14 days.

There are 14 verses (Ayats) in the Quran where prostration (sajda) is a must whenever you recite or listen to those verses.

The Quran commands the Muslims to offer Salah (Namaz) 700 times.

The Quran was revealed to the Prophet (pbuh) in two cities. Macca Al-Mukarramah and Madina Al-Munawwarah.

86 chapters (Surahs) were revealed in Macca and they are called Maccan Surahs.

The period of revelation in Macca was 13 years.

28 chapters (Surahs) were revealed in Madina and they are called Madani Surahs.

The period of revelation in Madina was 10 years.

The names of 26 Prophets are mentioned in the Quran.

Prophet Ibrahim (pbuh) is mentioned 67 times in the Quran.

Prophet Muhammad (pbuh) is mentioned 5 times in the Quran.

God Almighty’s name ”Allah” is mentioned 2584 times in the Quran.

Allah (swt) ordered in the Quran to destroy (demolish) Masjid-e-Zarar in Madina. This mosque was built by the hypocrites (Munafeqeen) the enemies of Muslims.

The biggest chapter (Surah) in the Quran is Surah Al-Baqarah (the cow). It has 286 verses (Ayats).

The smallest chapters (Surahs) in the Quran are Surah Al-Asr, Al-Kauser and An-Nasr. They have 3 verses (Ayats).

The first person to memorize the Quran was Prophet Muhammad (pbuh).

By the time the Prophet (pbuh) passed away, 40 people (Huffaz) had already memorized the Quran.

Surah Tauba (also called Surah Barat) does not begin with “Bismillah AlRahman AlRaheem” (In the name of Allah).

In Surah Naml (chapter ant) ”Bismillah AlRahman AlRaheem” (In the name of Allah) is mentioned twice.

99 Attributes/the Glorious names of Allah (Asma-e-Husna) are mentioned in the Quran.

The 3 men who were not the Prophets of Allah but are mentioned in the Quran are: 1. Luqman 2. Aziz-e-Misr 3. Zulqarnain

Hazrat Maryam is the only woman mentioned by name in the Quran.

The Bani Israil (nation) is mentioned in the Quran as the people whom Allah had blessed with many favors but they disobeyed Him.

The only Sahabi (companion of the Prophet) mentioned by name in the Quran is Zaid Bin Harithah.

Surah Al-Fatiha is also called as “Ummul Quran” (the mother of the Quran). It is the first chapter (Surah) of the Quran.

Surah Al-Baqarah is also called as “Sinamul Quran” (the zenith of the Quran). This Surah contains more commands than any other Surah.

Surah An-Nas is the last Surah of the Quran.

The Quran is the only revelation of Allah that exists unaltered and undistorted.

Allah the Almighty has taken the responsibility of preserving the Quran. He says in Surah Al-Hijr, Ayat-9 “Surely, We have revealed this reminder (zikr) and Lo, We verily are its Guardian”.

“Blessed is He Who sent down the criterion to His
servant, that it may be an admonition to all
creatures.” (Al Furqan : 1)

Praise be to Allah the Cheriser and Sustainer of of the worlds, Who said in Surah Al-Ma’ida; Ayat 15, “There has come to you from Allah a new light and a clearly expressed Book”.

And may peace and blessings be upon Prophet Muhammad who has said, “The best among you is he who learned the Qur’an and then taught it.”

The Glorious Quran is a unique Book with a supreme author, an external message and a universal relevance. It contains the foundations for an entire system of life. It covers different issues such as articles of faith, moral teachings, rights and obligations, crime and punishment, personal and public law etc.

In the Qur’an there are also reminders of Allah’s favors on His creation, mild but firm warnings and rebukes. There are also stories of the past, followed by lessons to be learned from their fate.

The Qur’an is for all times, all conditions and all mankind. It contains a complete code which provides for all areas of life. It is a code which has no boundaries of time, place or nation. It will remain the same for all times to come as Allah (swt) has taken upon Himself the duty of guarding it.

The Qur’an is Allah’s eternal miracle. Its subject is man and its central theme is the concepts relating to God, the universe and man. It totally changes the pattern of life of those who believe and practise its teachings. Allah (swt) has perfected His religion for all mankind with the revelation of thr Qur’an. We should therefore read it, understand it and follow it to achieve success and eternal bliss. 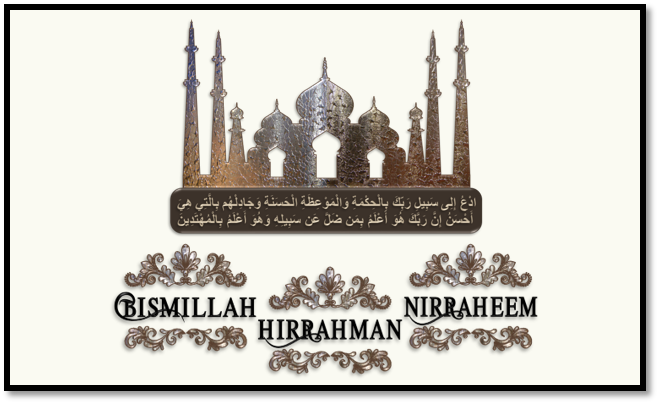