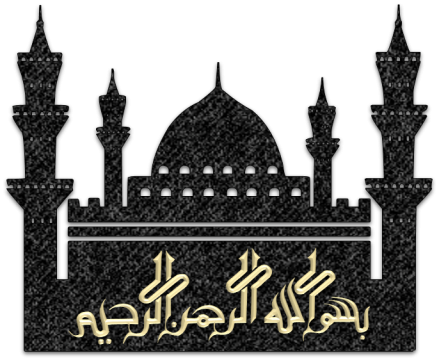 Ahl Al Sunnah:
“People of the established way or path”; a term referring to the majority of Muslims who follow in the footsteps of the holy Prophet (pbuh).

Sunni:
“a follower of Sunnah”; a follower of mainstream Islam; Sunni or a Sunnite; an orthodox Muslim who recognizes the first four Caliphs as the rightful successors.

Al Shariat:
Islamic Law; the revealed or canonical law of Islam; the whole body of rules governing the life of Muslims which are derived from the Holy Quran and Sunnah; also known as Shariah.

Ulema:
Muslims well-versed in Islamic religion who are usually called upon to explicate the Islamic viewpoint as regards a particular issue.

Fard:
an imperative duty which is incombent upon every Muslim; the one who denies a fard turns an unbeliever and the one who ignores it without a genuine reason becomes a sinner. A Fard may be (a) Fard ‘Äyn, or (b) Fard Kifayah.

Fard ‘Ayn:
the imperative duty incumbent on every Muslim, like the five daily Prayers and fasting of Ramadan, etc.

Fard Kifayah:
an imperative duty which is carried out by some people in a locality absolves all others of their responsibility, but if carried out by none, involves the whole population in sin.

Fiqh:
Islamic Jurisprudence and law deduced and worked out by the various Schools of Thought from the Quran and the Sunnah.

Jalsah:
sitting upright between the two Sajdahs in the Prayer, with hands placed naturally on the thighs. It is an essential element of the Prayer.

Mubah:
an act permitted in the Shariah but having no religious value or significance.

Mustahab:
a term designating that which is highly recommended; an act for which there is a reward if it is done, but no punishment if left undone; also know as Sunnah.

Nafl:
meaning extra, is a voluntary act performed occasionally by the Holy Prophet. It is also termed as Mustahab.

Nifas:
the bleeding that occurs in women after childbirth.

Qad’ah:
to assume the upright sitting position after the second Sajdah at the end of the second, third or fourth rak’ah as the case be.

Qaumah:
to resume the standing position after Ruku in Prayer.

Qiblah:
the direction of the Holy Ka’bah at Makkah towards which Muslims turn their faces at Prayer from every corner of the world.

Ra’kah:
a unit or section of the prescribed Prayer.

Ruku:
to bend down in the Prayer in the prescribed way.

Sajdah:
is to fall prostrate on the ground in the Prayer in the prescribed way.

Salat:
is the prescribed Islamic Prayer.

Satar:
is the portion of the body that has to be covered. For the males it is imperative to cover the part of the body between the navel and the knee, and for the females, it is the whole body excluding the whole face, hands and feet.

Al Sunnat:
“the beaten path”; Sunnah; the collections of the recorded words, actions and sanctions of Prophet Muhammad (pbuh) commonly referred to as Hadith or Sunnah and established as legally binding precedents immediately next in importance to the Holy Quran; a recommended deed as opposed to fardh (i.e. a compulsory deed). It may be (a) Sunnat Mu’akkadah or (b) Sunnat Ghair Mu’akkadah.

Sunnat Mu’akkadah:
an act performed constantly and regularly by the Holy Prophet or his Companions. This should not be abandoned without a genuine reason; person who does so and is persistent, will be a sinner. However if somebody ignoresit by chance, there is no harm.

Sunnat Ghair Mu’akkadah:
is an act performed only occasionally by the Holy Prophet or his Companions and abandoned even without a genuine reason.

Takbir Tehrimah:
to pronounce Takbir at the commencement of the Prayer, after which the worshipper is absolutely forbidden to eat, drink, move about, etc.

Taslim:
to pronounce the words of salutation to end the Prayer.

Tasmiyah:
to recite: Bismilla hir Rahman nir Raheem: “In the name of Allah, the Compassionate, the Merciful”.

Wajib:
an obligatory duty just like a Fard, only a little below in status than Fard. One who denies a wajib becomes a sinner, though he still remains a Muslim.

Witr:
meaning odd, is the last Prayer of the night; it consists of three rakahs and is offered generally just after the Isha Prayer; it is Wajib in status.

Ref: 1. A dictionary of religious terms by Dr. Al Maliki and Dr. Sheikh Ibrahim,
2. A basic dictionary of Islam by Ruqaiyyah Maqsood. 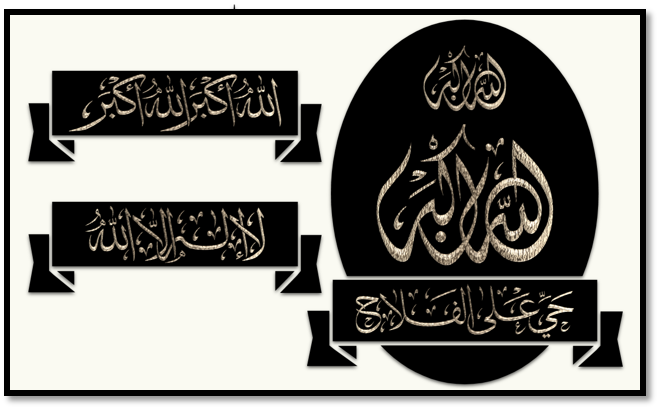 On hearing the Azaan